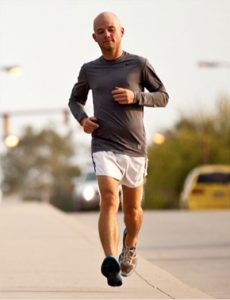 Doug Masiuk is the first type-1 Diabetic to run across the United States and has become a recognized spokesperson for Diabetes. Diagnosed at age 3, Doug has never accepted Diabetes as a reason to give up, give in, or simply stop. With the dramatic increase in diabetes around the world, the relevance of Doug’s message is greater now than ever before.

As a long-distance runner, Doug has successfully decreased his insulin intake to one-quarter of what was required before he began running. He has now lived with Diabetes for more than 38 years. At universities, medical schools, and corporate meetings, he is able to reach those within and outside the Diabetes community to spread his message to “OutRun Diabetes”